In the Philippines, there are various festivals celebrated in every city. In my hometown of Cebu, Sinulog Festival is celebrated every third Sunday of January – an annual cultural and religious festival. 'Sinulog' means Graceful Dance. It is lively, grandiose and full of colours.

The Philippines is a big group of islands in the western region of the Pacific Ocean. Every city holds at least one festival a year that can last anywhere between one day and a month. The Sinulog Festival which is also called as Santo Nino Festival, is a lively celebration that lasts for 9 days in Cebu in honour of the miraculous image of the Santo Nino. It is also popular for its street parties and parades. Filipino families always take part in this grandiose event every year as it celebrates our culture, history, and religion. This is one of the grandest festivals that every Filipino celebrates in the country. 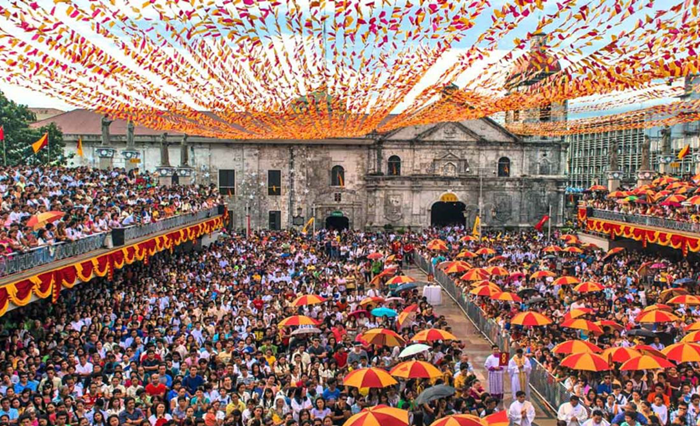 During Sinulog Festival, families prepare traditional food and drinks on the table and invite their families and friends to watch the festival parade live or on TV. Others would join street parties, processions, and the parade. Back home, I would remember my mother preparing Sinulog T-shirts in preparation for the festival. Loud music, a long table of food and drinks, friends and family gather around the house, dance, and songs of praise. These are typical but memorable events that happen during the festival.

When I moved to Perth, there had to be so many adjustments and things to learn about living in a new country. However, my love for my culture and faith did not change. I searched for ways to celebrate this beautiful and important event in Perth because this tradition has been a part of me ever since I was born. In Perth, I made friends and connections with Filipino communities, and I found out that there are Filipino Communities that still celebrate Sinulog Festival in some Catholic Churches. Devotees organise a special Sinulog Mass for people who celebrate this tradition in the church. 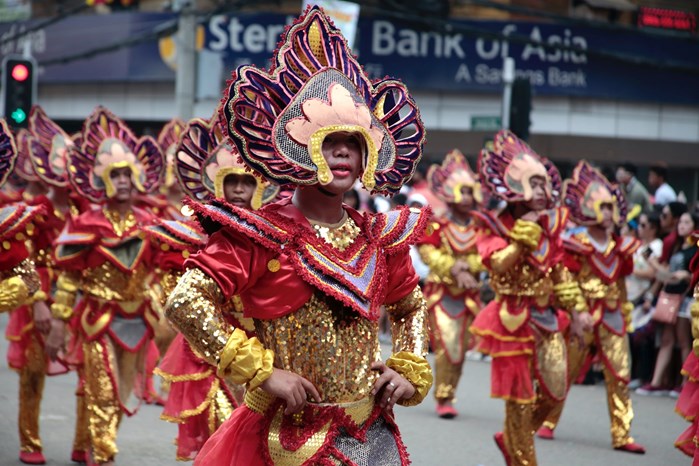 Right after the mass, they would bring different kinds of traditional food and gather to celebrate the event. Last year, I was able to witness the mass for Sinulog at St Mary’s Catholic Church in Perth. There were so many families gathered to offer their love and devotion to Santo Nino. It was such a great moment to witness a beautifully organised occasion especially knowing that I am far from home. Nonetheless, I still felt at home because I saw that the culture and tradition were kept alive.

It is wonderful to know that I can celebrate this momentous event with people who share the same beliefs, traditions, and religion. As an International Student Ambassador, I am very proud to share my cultural tradition and would love to celebrate it with you at the next Sinulog Festival in 2022.

Thank you for subscribing to StudyPerth!