We have officially announced our newest cohort of International Student Ambassadors! There are 14 new Ambassadors representing 11 countries, including two who are currently studying offshore in Vietnam and South Korea and are waiting to come to Perth.

Carlo arrived in Perth in February 2020 to pursue a Certificate III and Diploma in Early Childhood Education and Care at North Metropolitan TAFE.

Carlo chose to study in Perth because of its weather and time zone which allows him to communicate more easily with his friends and family back home. In his spare time, Carlo enjoys playing badminton and watching movies.

Carlo’s aspiration is to break gender stereotyping in job roles and hopes to increase the male labour force percentage in an early learning setting. 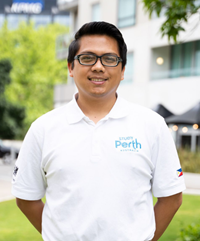 Carol came to Perth in late 2019 to study English but decided to pursue further education after falling in love with the city. Carol is now studying a Certificate III in Events and Diploma of Event Management at TAFE.

Carol chose Perth because of its unique combination of city and nature, and the laidback lifestyle it brings. In her spare time, Carol likes to attend festivals and events. She also enjoys yoga, music, and a good cup of coffee.

Carol wants to inspire other international students to follow their dreams, and hopes to see the international education sector grow. 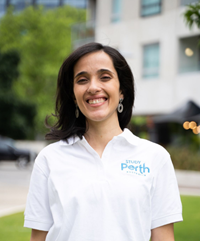 Chandini moved to Perth in 2020 to undertake a Bachelor of Commerce majoring in Finance and Marketing at the University of Western Australia.

Chandini chose to study in Perth because of its strong student community, weather and diversity. In her spare time, Chandini enjoys baking and meeting new people. She also has a passion for social media.

Chandini’s dream is to start a vegan restaurant chain and a non-government organisation that aims at spreading financial literacy to the disadvantaged.

José moved to Perth in late 2019 to pursue a Master of International Relations at the University of Western Australia.

José moved to Perth for the amazing landscape, prestigious institutions, and career opportunities. In his spare time, José enjoys playing tennis and meeting up with friends.

In the future, José would like to combine his international relations qualification with his previous experience in journalism to improve the national and international perception of his country. 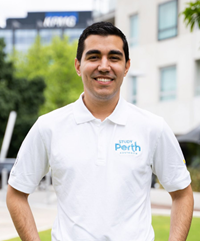 Xavier moved to Perth in 2019 to study a Bachelor of Arts (Arts Management) at the Western Australian Academy of Performing Arts (through Edith Cowan University).

Xavier chose to study in Perth when he realised that he had the opportunity to study at the same institution as his favourite actor, Heath Ledger. He also loves the beautiful natural environments, local festivals and events available in Perth.

When COVID-19 hit, Xavier returned to South Korea and has since been studying his course online. 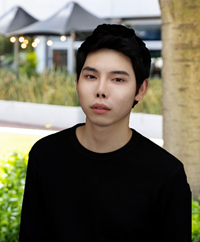 Luis moved to Perth in late November 2019 to undertake an academic pathway before beginning his Master of Marketing and Innovation at Edith Cowan University.

Luis chose to study in Perth because of the great reputation of institutions here and, of course, to see a quokka! In his spare time, Luis enjoys making the most out of the sunny Perth weather through a range of outdoor activities including sports, hiking and visiting the beach.

After completing his studies, Luis dreams of creating and upgrade goods and products to improve the lives of people. 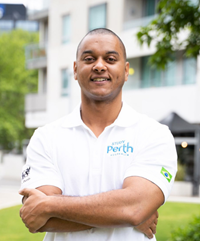 Maicalyn moved to Perth in 2019 to study a Diploma of Commercial Cookery at the Australian Professional Skills Institute.

Maicalyn visited Perth in 2018 and fell in love with the beauty and the people. She then made it her mission to move to Perth for her studies. In her spare time, Maicalyn loves swimming, cooking and playing online games.

Maicalyn dreams of becoming a qualified chef after she has finished her studies. 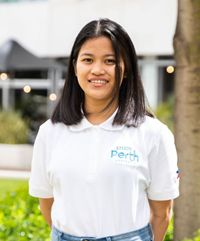 Shirley moved to Perth in August 2019 to study a Masters of International Hospitality Management at Edith Cowan University.

Shirley set her heart on Perth after she discovered the beauty of the city and the highly ranked status of her major. In her spare time, Shirley likes to make vlogs of her time in Perth and enjoys the wonderful food.

Shirley's future research ambition is theme park tourism, however she also has a passion to make education more accessible to the disadvantaged. 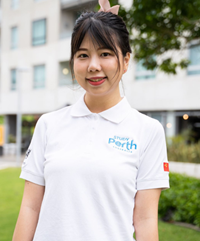 Nancy moved to Perth in February 2020 to pursue a Masters in Health Administration Policy and Leadership at Murdoch University.

Nancy chose to study in Perth because of the availability of scholarships combined with the quality of education. In her spare time, Nancy enjoys travelling and socialising with friends.

In the future, Nancy dreams of implementing cancer prevention and treatment policies to alleviate the high mortality rate.

Rebecca first came to Perth as part of a school exchange program when she was 16 years old but has since moved back to study a Bachelor of Arts (Arts Management) at the Western Australian Academy of Performing Arts (through Edith Cowan University).

Rebecca returned to Perth after falling in love with the nature, entertainment and public transport. In her spare time, you can often find Rebecca singing in a choir, playing the flute or playing piano. She is also volunteering at the newly renovated Western Australian Museum.

After graduation, Rebecca looks forward to working in the international arts sector. 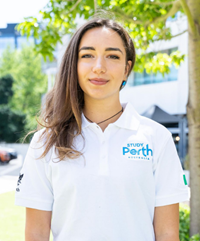 Sharon moved to Perth in 2020 to study a Bachelor of Biomedical Science majoring in Neuroscience at the University of Western Australia.

Sharon chose to study in Perth so that she could explore the beautiful beaches and because Perth has such a diverse population. In her spare time, Sharon loves to travel and explore the nature. She also loves to listen to music and learn new things.

In the future, Sharon hopes to further her research into neuropsychology so that she can make meaningful contributions for improving mental health and the quality of life that people live. 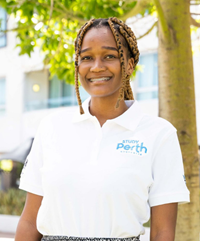 Woody moved to Perth in February 2020 to pursue a Bachelor of Physiotherapy at the University of Notre Dame.

Woody picked Perth as his study destination because his course has a great reputation worldwide, and so that he could live in the same city as his brother. In his spare time, Woody enjoys rock climbing, hiking, kayaking and going to buffet restaurants. 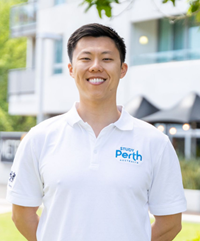 Tabitha moved to Perth in February 2020 to pursue a Master of Predictive Analytics at Curtin University.

Tabitha chose to study in Perth because of the opportunities available for international students and the lower cost of living compared to other states in Australia. In her spare time, Tabitha loves to go travelling and read novels.

In the future, Tabitha looks forward to encouraging diversity in the workplace and gaining meaningful employment within her field. 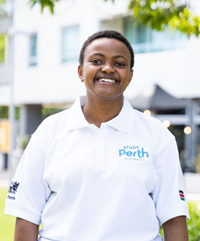 Tung Dang will move to Perth to study a Master of Teaching (Secondary Education) at Curtin University.

Tung Dang chose to study in Perth because of the city lifestyle combined with a comparatively lower cost of living than other cities. He also loves the urban planning and the excellent food!

Due to COVID-19, Tung Dang has been unable to make the move to Perth but he is looking forward to beginning his studies in the near future.

In his spare time, Tung Dang teaches English using social media including Tik Tok and Facebook. Tung Dang looks forward to sharing his Perth experience with others upon his arrival. 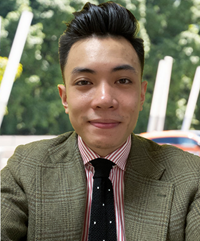